RIGOLETTO:Verdi
Original Air Date: 01/05/1957
Cleva; Merrill, Güden, Peerce, Tozzi, Roggero
SID.19390209
This exact same cast broadcast Rigoletto four years earlier– Bing could be very much a creature of habit. Also the exact same trio of leads as the 1953 performance except Erede was in the pit. This is Merrill probably at his vocal peak (the Rigoletto broadcasts would mostly alternate between Warren (often with Tucker) and Merrill, with Tucker’s brother-in law. Luxury indeed. Let me put in a word here for the 1960 Rigoletto which has MacNeil’s first broadcast jester, Giaiotti as Monterone and Tozzi in the third of his three broadcast Sparafuciles. 1957 like so many years was an extraordinary year for Merrill’s instrument. Take a listen. A note on representation in MOoD for Rigoletto. There is no performance represented there between 1945 and 1973. The 1945 shows Warren at close to his vocal best, but no representation of Tucker’s Duke– four broadcasts from 1951-1972, nor Peerce’s, the 1960 for MacNeil, and no Merrill Rigoletto at all, and the same for Peters’ Gilda. Considering some of the mediocre Rigolettos that ARE included, this is one of the worst gaps in terms of match of Sirius/ MOoD to actual Met performance and broadcast history. 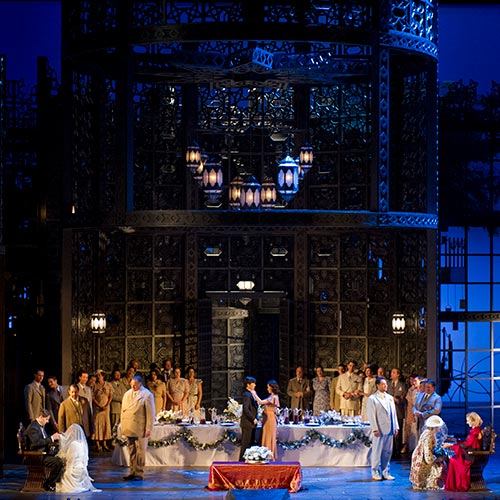 AIDA:Verdi Levine; Voigt, Pavarotti, Borodina, Delavan, BezzubenkovOriginal Air Date: 01/27/2001 MOD Audio SID.20080743This performance commemorates the centenary of Verdi’s death, and except for the plush offered by Borodina, there is not much here. You can … END_OF_DOCUMENT_TOKEN_TO_BE_REPLACED
6:00 am ERNANI
ERNANI
Feb 23 @ 6:00 am – 9:00 am