This is the Met’s only broadcast of Lombardi. Pavarotti is in both the December telecast and January broadcast and Ramey was in the premiere and telecast, Plishka in the audio broadcast. Neither Flanigan nor Beccaria are really up to this major assignment. Flanigan except for two Musettas the following fall, disappears from the Met roster. Her contributions to contemporary opera are significant, and she has some excellent work at NYCO, including a fine Lady Macbeth. Both this broadcast and the telecast a month earlier in December are on Met Opera on Demand (MOoD). The telecast was originally to have been Millo, but she left the production shortly after opening night. Ramey did the Met premiere (and telecast), but Plishka is on this broadcast. This broadcast is Beccaria’s Met farewell. Levine, the chorus, Pavarotti, and the bass deliver rather well some of Verdi’s lustiest music, but it’s far from the level of Ernani in terms of finish. In a week’s rotation, Lombardi is an interesting diversion. I Lombardi alla Prima Crociata to use its full name only got to the Met stage with this series of performances. Millo who originated the production was mostly replaced by Flanigan after 2 performances. Beccaria in a major part really is lacking in the face you want. Pavarotti of course gets La mia letizia, one of the great Verdian tenor arias; there is also the unforgettable trio (with violin obbligato) which Levine did for Gniewek as much as for himself. It’s not as good as either Ernani or Macbeth in my view, but several of the choruses are stirring, and with the newly energized Palumbo leadership, the Met could well revive this. The distinctive Pavarotti aside, the soprano and tenor parts could be very reasonably cast today. This performance at hand is also on MetPlayer. 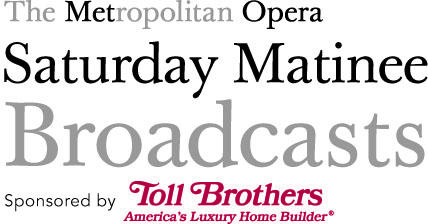